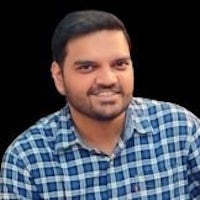 This article is in continuation of my previous article: Javascript Variable Scopes

Hoisting is a tricky and very important topic in javascript. Lot of questions asked in javascript interviews are based on hoisting.

In this article, we will go through variable hoisting in javascript and see how it affects the desired output.

So, let's not wait further and dive into concept of hoisting.

What is Variable Hoisting?

Hoisting is a JavaScript mechanism where variables declarations are moved to the top of their scope before code execution.

Basically, it gives us an advantage that no matter where variables are declared, they are moved to the top of their scope regardless of whether their scope is global or local. It allows us to use variables before it is declared in our code.

The following example declares variable studentName and assign value John to it:

It turns out that third option is correct answer.

In the above code, we tried to console the variable studentName which was declared and assigned later then using it, the compiler gives us undefined which we didn’t expected as we should have got ReferenceError as we were trying to use studentName variable even before declaring it. But the interpreter sees this differently, the above code is seen like this:

Variables declared with let and const are also hoisted. Where they differ from other declarations in the hoisting process, is in their initialisation.

Let's look at an example:

Variables declared with let, const, and class are hoisted but remain uninitialised. These variable declarations only become initialised when they are evaluated during runtime. The time between these variables being declared and being evaluated is referred to as the temporal dead zone. If you try to access these variables within this dead zone, you will get the reference error above.

Much like the let keyword, using const before declaration throws a Reference error.

Hence, to err on the side of caution, we should declare then assign our variables to a value before using them.

That’s it for now. Thank you for taking time to read this article. Do provide feedback and comments. I’ll cover more topics like difference between var, let and const in upcoming posts. Keep following!