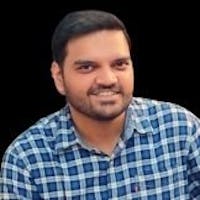 This article is second part of the series covering an important concept Hoisting in Javascript. If you miss my previous article then i would recommend to go through that first here.

In this article, we will go through concept of function hoisting in javascript and with some examples, we will try to find out how it affects output of our code.

What is Function Hoisting?

Function hoisting is a JavaScript mechanism where function declarations are moved to the top of their scope before code execution.

Let's look at an example to understand this:

In above code, we called function add with arguments, before its declaration. The compiler (during creation phase of execution context) move the declaration to the top before executing it. Thus, our code will look like this after compilation:

This looks simple! But there is an important point which i will discuss now. Let's take a step back and look at some of the ways in which we can create or define a function.

Example of function declaration is same, that we used above:

Function declarations are hoisted. They can be invoked before their declaration.

We have already explained hoisting of function declaration above with the help of an example. Let's move to the next type of creating function.

By definition, it seems a bit tricky. But don't worry, let's look at an example to understand this better:

An important point to note here:

Function expressions are not hoisted.

This means if we try to invoke that function expression before its creation, then javascript engine will throw an error.

I hope now we understand the difference between function declaration and function expression. There is new type of functions introduced in ES6 named as Arrow function. Let's look at how it behaves.